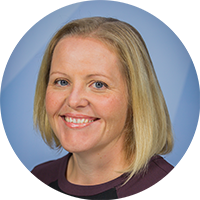 A keen interest in procuring first-of-type capabilities and an opportunity to revolutionise defence force capability made Lockheed Martin Australia the employer of choice for Kendell Kuczma.

Kendell is the Strategic Engagement Manager for AIR 6500 and a key member of our Lockheed Martin Australia team.

Kendell joined Lockheed Martin Australia after 15 years within the Department of Defence’s procurement arm, where she held senior roles procuring some of Australia’s largest and most complex defence capabilities. She holds an undergraduate degree in business administration and management, as well as a master’s in business from the Australian National University.

“I joined Lockheed Martin Australia in 2016, straight from the Capability Acquisition and Sustainment Group within Defence, where my experience included procuring major capabilities such as AIR 5402 – the multi role tanker, Australia’s Future Frigates and the Canberra Class Amphibious Assault Ship (LHD).

“Through this experience, I developed a keen interest in first-of-type capabilities. From a procurement perspective, there is nothing more exciting than discovering and developing breakthrough technologies and capabilities. When the opportunity to join the Lockheed Martin Australia team and work on AIR 6500 presented itself, I knew I had the right opportunity,” said Kendell.

AIR 6500 is a world-leading procurement initiative. It has the ability to not only revolutionise Australia’s Defence Forces, but potentially set the standard for integrated joint battle management around the world.

Lockheed Martin has a rich legacy integrating air, land, sea, space and cyber domains for governments around the world. From developing the enterprise system that directs flying operations for U.S. defence forces to enabling the Ballistic Missile Defence System to operate as a global network, we leverage our extensive knowledge of open architectures and cross domain solutions. This will enable the Australian Defence Force to shift away from proprietary, closed, contractor-owned systems to develop a modular, government-owned enterprise that easily interoperates with legacy solutions and supports Joint, Allied and Coalition interoperability.

“I wanted to work for a Defence Prime who had proven experience in 5th generation design and integration, as well as in developing enterprise systems for governments around the world. AIR 6500 is personally interesting to me, as it is netting together all the capabilities that I have procured in my previous roles at Defence, creating the defence forces of the future.”

Kendell is just one member of the Lockheed Martin team here in Australia. 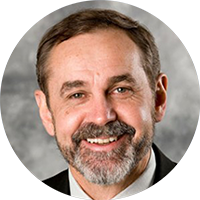 Dr. Tony Lindsay is an Australian expert in C4ISREW technologies and joined Lockheed Martin Australia after a distinguished career within the Defence Science and Technology Group.

“I joined Lockheed Martin in 2016, because leading STELaRLab is a great opportunity to work with the finest minds here in Australia on programs that have the potential to lead the world. The establishment of STELaRLab is concrete recognition of the international respect for the standard of the research being undertaken in Australia, as well as the standing of our researchers globally.”

“From a Defence perspective, the Australian Defence Force’s AIR 6500 program is one to watch here. It is a leading edge program, unique to Australia, which will develop solutions to modernise and more closely integrate ADF’s fifth generation technologies. It’s a program that will provide a foundation for Defence’s capability evolution well into the 21st century.”

Prior to his role at Lockheed Martin, Tony was with the Defence Science and Technology Group for 28 years. His last position was Chief of the National Security and Intelligence, Surveillance and Reconnaissance Division. In that role he was responsible for R&D programs supporting Australian Defence Organisation (ADO) ISR Projects, including major surveillance acquisitions and intelligence programs.

Dr Tony Lindsay is just one member of the Lockheed Martin team here in Australia.