The MK 48 Mod 7 CBASS torpedo is the U.S. Navy’s most capable and potent anti-surface and anti-submarine weapon in use aboard U.S. Navy and allied submarines today and has been designed to be exceedingly lethal and effective against threats operating in deep and shallow waters. The broadband sonar enhancement makes the torpedo more effective against emerging submarine classes in the harshest of acoustic environments. The CBASS torpedo also has the ability of multiband operation.

Lockheed Martin provides the U.S. Navy the latest advancements in sonar systems for guidance and control systems for the MK 48 Mod 7 torpedo. The Lockheed Martin guidance and control systems will equip the heavyweight torpedoes with increased bandwidth and streamlined targeting and tracking capabilities. These systems will optimize the MK 48’s effectiveness as well as provide advanced counter-measure capabilities.

Lockheed Martin provides fully integrated guidance and control sections to increase the inventory of MK 48 torpedoes over several years. The expectation is that the production orders will range with the potential for more than 250 torpedoes over the next five years for the U.S. Navy, which are used by all classes of submarines as their anti-submarine warfare (ASW) and anti-surface warfare (ASuW) weapon.

The guidance and control systems for MK 48 torpedoes include the same section of the Navy’s existing heavyweight torpedoes that Lockheed Martin is upgrading under the MK 48 Common Broadband Advanced Sonar System (CBASS) awarded by the U.S. Navy in 2011. Lockheed Martin delivers to the U.S. Navy at least 20 Mod 7 CBASS kits per month and is on track to deliver all kits on schedule. Lockheed Martin also performs work intermediate maintenance of these torpedoes for fleet training, giving the Navy a critical combat advantage. 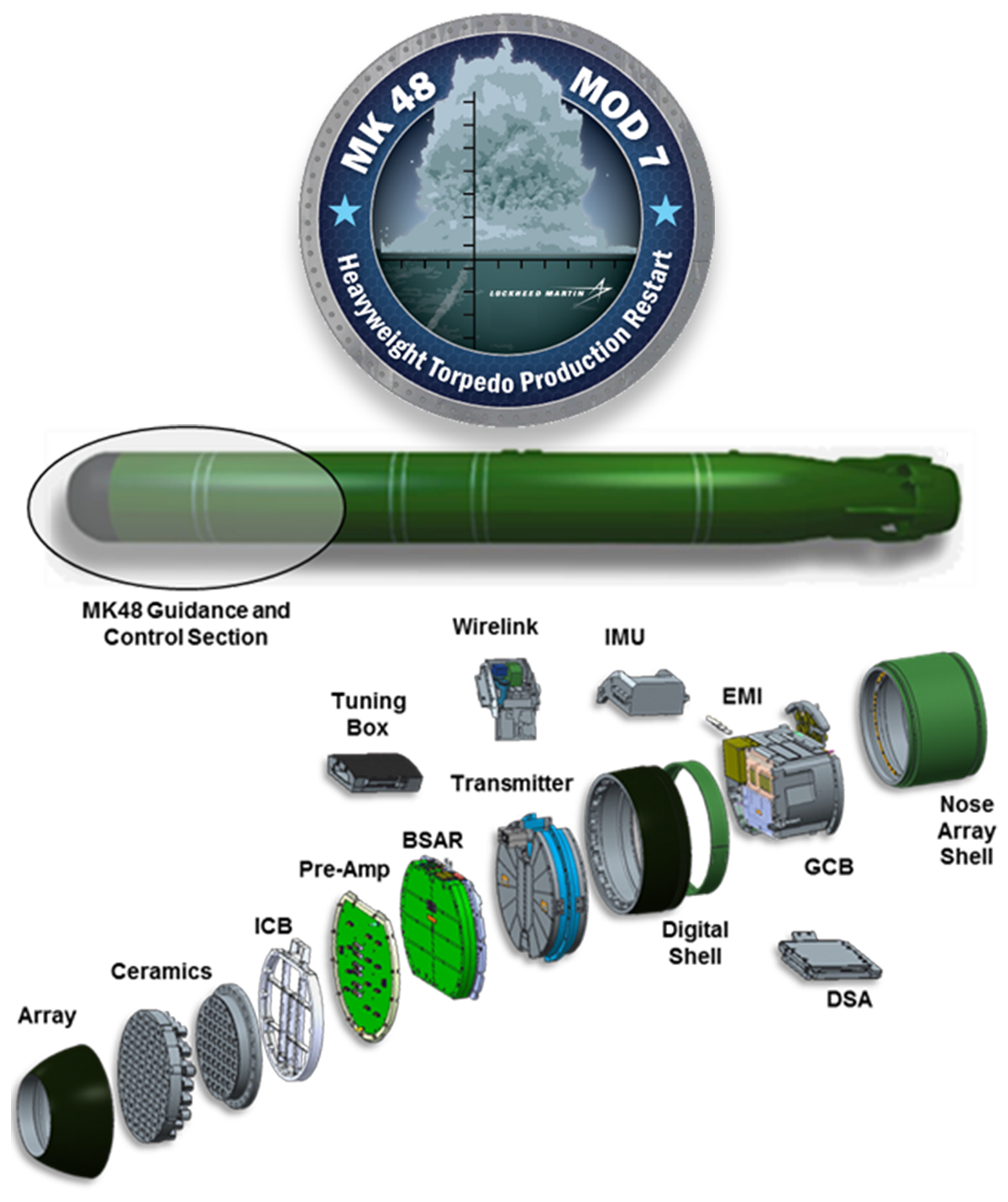 MK 48 torpedoes have demonstrated their capability in thousands of exercise and SINKEX in water firings over the program lifetime. Several hundred exercise shots are performed yearly by the U.S. Navy and foreign navies. Ongoing weapon upgrade programs will ensure that the MK 48 torpedo will maintain superiority over all emerging threats.

Jointly developed with the Royal Australian Navy. The interoperability that the CBASS provides is a force multiplier for MK 48 Mod 7 CBASS partner nations.

MK 48 Mod 7 CBASS provides the ability to transmit and receive over a wide frequency band and take advantage of broadband signal processing techniques to significantly improve the torpedo’s search, acquisition and attack effectiveness.

• Otto Fuel II as the propellant is an inexpensive and safe alternative to other fuels and electric propulsion.

Providing Reliable Capability Today and Into the Future

The World Keeps Changing. We Design Systems That Change With It.