For more than 50 years, Lockheed Martin has been proud to partner with the Royal Norwegian Air Force (RNoAF). The RNoAF has operated six Lockheed Martin aircraft types throughout its history, including four in operation today: the P-3 Orion, the F-16 Fighting Falcon, the C-130J Super Hercules, and the F-35 Lightning II.

Norway is a key partner in the transatlantic security community and is a stronghold for NATO’s interests in the North. The nation was one of the first to sign on as a partner on the F-35 program, during the System Development and Demonstration (SDD) phase.

In 2008, the government of Norway selected the F-35 Lightning II as the replacement for their F-16 fleet. In 2012, Norway increased their program of record quantity by four aircraft and at the same time, accelerated deliveries to begin training pilots and maintainers two years earlier.

The Royal Norwegian Air Force operates F-35A variant aircraft that include a drag chute to assist with landing in icy and slick conditions and to reduce landing distance on short airfields.

Norway’s program of record is for 52 F-35 aircraft.

Norway is an active and valued partner in the development, production and sustainment of the global F-35 fleet. Every F-35 contains components manufactured by Norwegian industry, with Norway providing key aircraft components including air-to-air pylons, rudder and vertical fin leading edges, carbon composite panels, and completed and coated horizontal and vertical tails. Since the program’s inception, 18 Norwegian companies have served as Tier 1 F-35 suppliers, with nine current and active Norwegian suppliers contributing to the program.

The F-35 program builds on the strong relationship Lockheed Martin has established with Norwegian industry. In fact, Kongsberg Aviation Maintenance Services was the first-ever Depot MRO Center for the F-16 program in October 2019.

Norway’s F-35 fleet operates out of Ørland Air Base. In addition, a Quick Reaction Alert base is being stood up at Evenes Air Base. 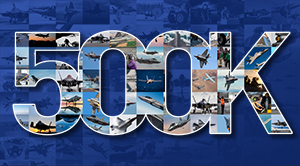 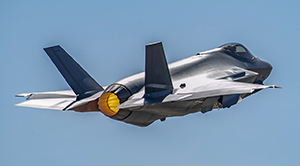