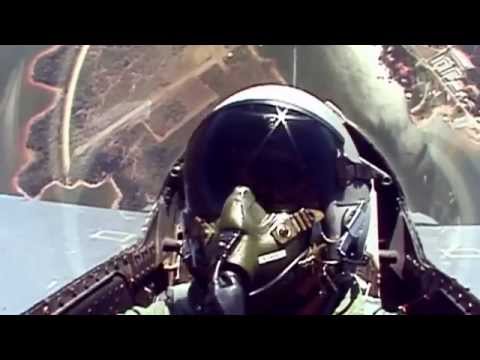 Preparing fourth- and fifth-generation aircraft pilots for the complex challenges and threats on the horizon requires the ability to train virtually on scenarios that can’t be affordably replicated in live environments. Such training requires integrating Live, Virtual and Constructive (LVC) elements into one realistic combat experience.

An integrated Mission Systems and Training and Aeronautics team conducted this live flight demonstration in Fort Worth to demonstrate LVC capability for training. The demo featured one pilot in an actual F-16 Block 50 aircraft, and the other flying a ground-based simulator as a wingman to the F-16.

Using software defined tactical radio, the pilots were able to communicate and engage in a constructive exercise with simulated aggressor aircraft. This was the first fast jet test where the radar, heads-up display, situation display and electronic warfare systems all functioned in this synthetic environment without any simulation residing on the aircraft.

“We could not have done this without partnering across the corporation,” said Mark Phillips, chief architect/engineer for ACES. “Live, Virtual, and Constructive training is a complex, system-of-systems challenge. Together, we managed to divide and conquer to demonstrate how ACES can enable pilots to train as they fight, and fight to win.”

The next generation of pilots commanding the world’s most advanced aircraft will rely on LVC for realistic flight training. Threats will continue to evolve; the battle space will continue to grow in complexity. Technology innovators like Lockheed Martin are pushing simulation to the cutting edge to meet advanced training needs.

With the integration of live, virtual and constructive elements, Lockheed Martin is engineering a better tomorrow to ensure that pilots have the best training to conduct their future missions effectively and safely.