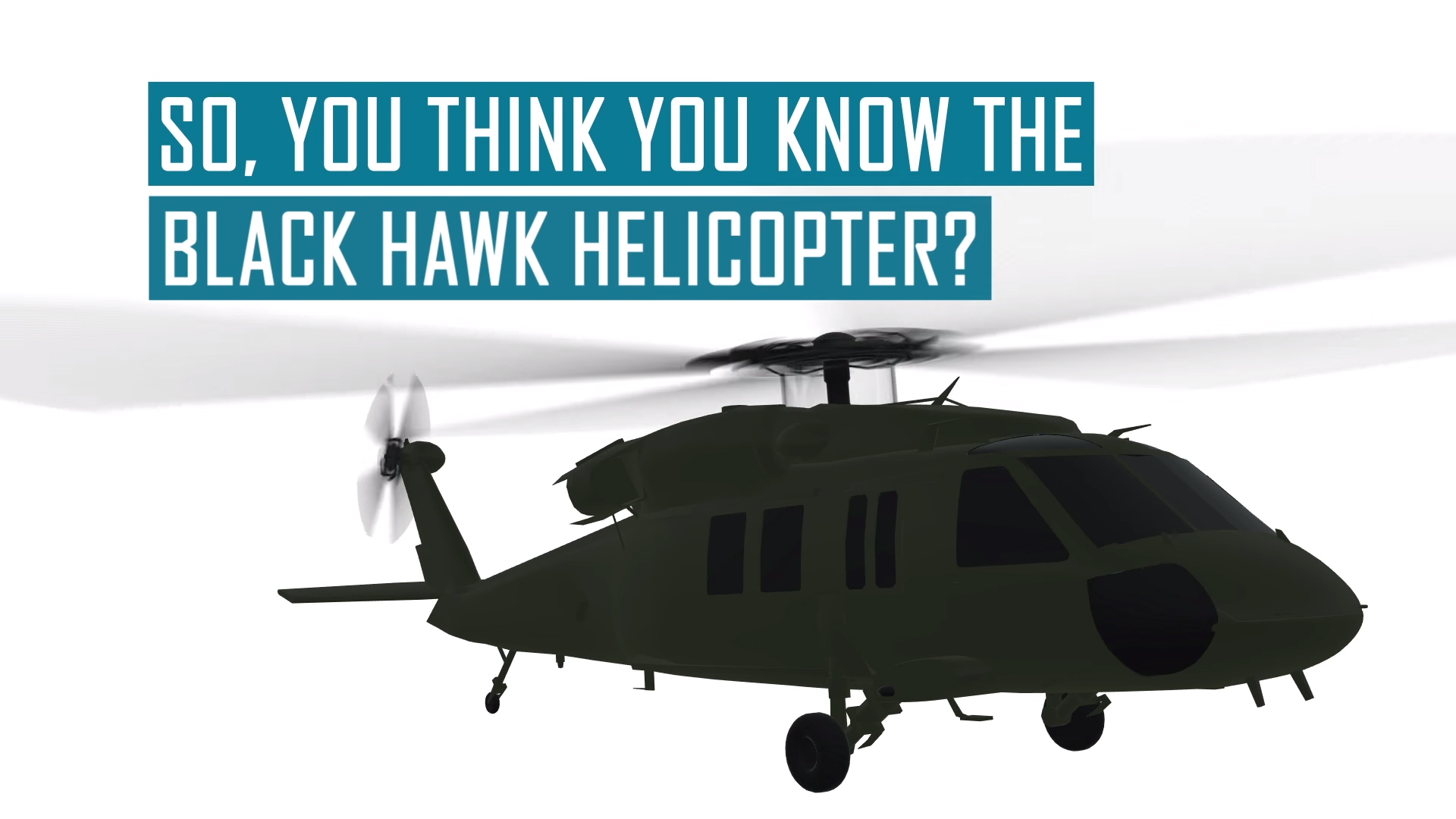 BLACK HAWK Boot Camp: What You Didn’t Know About the Sikorsky Helicopter

Are you ready for some HAWK talk?! BLACK HAWK helicopter, that is.

If you’re a BLACK HAWK helicopter pilot, it’s likely you’re reminiscing on your time in the cockpit. Or maybe you helped design, manufacture or integrate systems onboard the helicopter. And who hasn’t seen the BLACK HAWK aircraft in a television show, movie or video game?

No matter how you identify with the iconic Sikorsky BLACK HAWK helicopter, one thing is for certain – this aircraft has become synonymous with the U.S. Army’s utility mission. Whether carrying troops or conducting search and rescue missions, the BLACK HAWK helicopter goes the extra mile in serving nations around the world. Poised to set the standard for future rotary aircraft technology, this consistently capable helicopter is transforming aviation with hawk-like precision.

Fall in formation during BLACK HAWK helicopter Boot Camp to reacquaint yourself with the aircraft. You may even be surprised to discover facts you didn’t know about this helicopter.

Now that you know the basics, become a BLACK HAWK helicopter expert with these five facts:

The BLACK HAWK helicopter is tough, even when facing the fire.

In 1983, during Operation Urgent Fury in the Caribbean island nation of Grenada, a BLACK HAWK helicopter survived 29 hits from close-range arms fire and still returned its crew home safely.

Versatility and high performance run in the family genes.

The family of HAWK aircraft variants is based on the rugged and dependable base design of the BLACK HAWK helicopter. Each variant has its own particular strengths and operating environments, including firefighting, submarine hunting, search and rescue, and transportation. Talk about a winning gene pool!

The UH-60M is a variant of the S-70 Family of Helicopters.

The S-70 family of aircraft, including the international S-70i model aircraft which are built in Poland, are sold to militaries with U.S. Government State Department approval. They possess capabilities and performance very similar to the UH-60M aircraft operated by the U.S. Army and sold to international militaries through the U.S. Foreign Military Sales program.

Sikorsky is developing a weapons kit that will allow militaries to quickly convert their standard utility aircraft into an armed helicopter.

New technologies may enable optionally piloted helicopters in the future.

Sikorsky is developing and demonstrating advanced sensor kits designed to be integrated on any platform, including the BLACK HAWK helicopter. Even cooler – Sikorsky is evolving the technology so the aircraft can further improve affordability, reliability and safety.
Learn More Request A Meeting Join Our Team