In this composite image, Spike NLOS launches from an AH-64E Apache helicopter.

To transform into a multi-domain force by 2035, the U.S. Army plans to modernize their future helicopter fleet with a Long Range Precision Munition (LRPM), allowing pilots to engage threats from safe stand-off ranges.

While defining their final requirements for a LRPM program of record, the Army has named Spike Non-Line of Sight (NLOS) as the interim LRPM solution and will evaluate the system on U.S. Army AH-64E Apache helicopters. Lockheed Martin is teamed with Rafael Advanced Defense Systems, Ltd., the original manufacturer of the Spike NLOS missile, to provide the weapon for U.S. applications and to install the system onto the Apache platforms.

The U.S. Army will conduct a shoot-off later this year with selected vendors, including Lockheed Martin, to inform the LRPM requirements. Eventually the LRPM program of record will be fielded on the Army’s Future Attack Reconnaissance Aircraft (FARA). 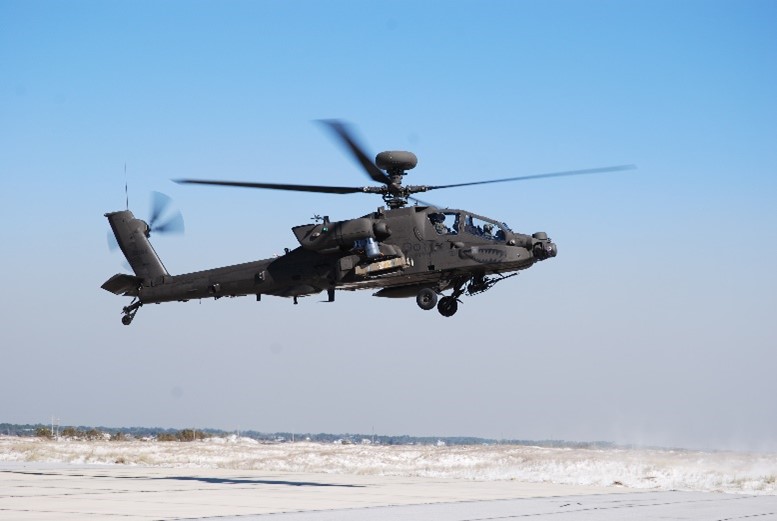 Lockheed Martin demonstrated Spike NLOS and its long-range capabilities during a demonstration in February 2021.

The interim LRPM contract award came after Lockheed Martin supported two Army Aviation demonstrations – one in August 2019 and again in February 2021. For both events, Spike NLOS launched from Apache AH-64E helicopters and successfully engaged its targets. During the most recent firing, Spike NLOS prosecuted a stationary maritime target, positioned 32 kilometers away.

“Not only can Spike NLOS impact targets without line-of-sight, but its advanced rocket motor ensures the missile system approaches the target quickly, enabling time-sensitive strikes,” Bargnesi said. “This is critical in combat operations when every second matters.”

Lockheed Martin first partnered with Rafael in 2012 to bring Spike NLOS’s unique capabilities to U.S. customers. The missile’s long-range and “Non-Line of Sight” capabilities offer significant complements to the current lethal solutions of Army aviation platforms. Its man-in-the-loop control allows the user to “guide” the missile to its target while receiving real-time video so soldiers can make critical targeting decisions, or even abort the mission, while the missile is still in flight. This also provides users with an in-flight awareness of the battlefield, even within GPS-denied environments.

Spike NLOS is integrated on a variety of ground, aviation, and maritime platforms, providing a stand-off capability to strike distant or geographically concealed targets outside of the direct line-of-sight.