InSight, which stands for Interior Exploration using Seismic Investigations, Geodesy and Heat Transport, is NASA’s next Mars lander and is designed to explore the Martian interior. The InSight mission is led by NASA’s Jet Propulsion Laboratory (JPL), which has been a pioneer in Mars exploration for decades. JPL’s collaboration with Lockheed Martin goes back to the Viking lander in 1976, which was NASA’s first mission to the surface of Mars. JPL partners with both academia and private industry firms to bring the best of national and international expertise and innovation forward to make exploration missions like InSight possible.

Equipped with three primary instruments, the lander will take the first-ever in-depth look at the planet’s interior. The data will help:

In addition, the spacecraft will use two secondary science instruments which will explore more than the interior. These instruments will study the external environment and measure the rotational variations of the planet. All together, the data will provide essential clues about the evolution of not just Mars, but also all the terrestrial planets.

Lockheed Martin is the InSight prime contractor and is responsible for the complete spacecraft system – cruise stage, aeroshell and the lander itself. Based on a proven spacecraft design from the successful 2007 Phoenix mission, InSight will incorporate the latest avionics technology as well as advanced science instruments.

The lander has to withstand a punishing entry into Mars’ atmosphere, where the protective heat shield will have to withstand temperatures of 2,800 degrees Fahrenheit. After that, it will use a parachute to reduce the rate of decent and then from there will use descent engines to slow down for a soft touchdown at just 5 ½  miles per hour – which is called propulsive landing. This will be the ninth aeroshell entry system Lockheed Martin has built for NASA to protect spacecraft on the dangerous journey to the Martian surface. 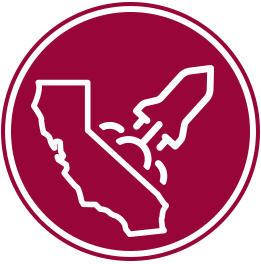 InSight will be the first interplanetary launch from the West Coast. 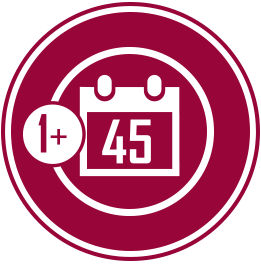 The primary mission timeline will be one Martian year plus 40 Martian days. 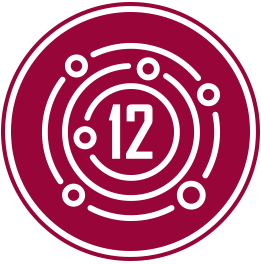 This mission is the 12th of NASA's Discovery Program for investigating our solar system with competitively selected, cost-capped missions.

Lockheed Martin built NASA’s first Mars lander – Viking – in 1976, and have since built four landers and six orbiters at the Red Planet.

Ahead of the Curve

Returning to The Red Planet