Launched in August 2011, NASA’s Juno spacecraft is on its way to Jupiter to study the planet’s origins, structure, atmosphere and magnetosphere. For the past five years, Juno had been making its long voyage through deep space. On July 4, after traveling 1.76 billion-miles, Juno reached its destination.

As NASA’s second New Frontiers mission, Juno will conduct an in-depth study of our solar system’s largest, and most formidable planet, Jupiter. Using an elliptical polar orbit, the spacecraft will investigate the existence of an ice-rock core; determine the amount of global water and ammonia present in the atmosphere; study convection and deep wind profiles in the atmosphere; investigate the origin of the Jovian magnetic field; and explore the polar magnetosphere.

Going into orbit around Jupiter is the single most critical event of the mission. On the evening of July 4, 2016, Juno approached Jupiter over its north pole at 130,000 mph, at which point it became the fastest spacecraft to enter orbit around a planet.

At a precise moment, Juno autonomously fired its main engine for about 35 minutes, slowing the spacecraft down just enough to get caught by Jupiter’s massive gravity and go into a large looping elliptical orbit. Because of the long 48-minute communication delay, the Jupiter Orbit Insertion, or JOI, is all done without direct, real-time interaction from flight controllers back at Earth. It was a choreographed dance with the largest planet in our Solar System.

Developed by Lockheed Martin, the Juno spacecraft caries a suite of nine instruments capable of observations from radio and microwave through infrared, visible and ultraviolet frequencies, in addition to particle sensors and magnetometers.

Juno is the first solar-powered spacecraft to operate at Jupiter and holds the record as the farthest spacecraft from the Sun to operate on solar power. To power the spacecraft’s computer, instruments and heaters, it has three 30-foot long solar arrays with a combined 18,698 individual solar cells covering an area of 535 square feet. At Earth, the arrays would be capable of generating over 14 kilowatts, yet will provide only about 500 watts at Jupiter.

Jupiter has an extreme radioactive environment. To protect the sensitive spacecraft electronics, Juno has a unique titanium vault mounted between the spacecraft main structure and high gain antenna. The vault acts as shielding to protect the critical spacecraft computers and instrument computers from the high energy particles it will encounter when the orbit comes close to the planet. 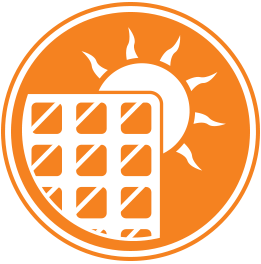 Juno is the first solar-powered mission to Jupiter and is the farthest spacecraft to operate from the sun on solar power. 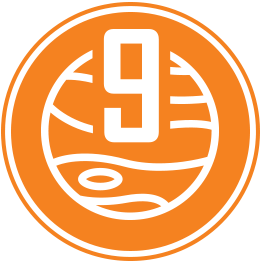 By using nine instruments to conduct gravity, magnetic and atmospheric investigations, Juno will improve our understanding of the solar system by helping us understand the origin and evolution of Jupiter.

Juno stays in 53-day orbits and will continue science operations until July 2021.

Juno is the first planetary spacecraft to fly 3D-printed parts. There are a dozen 3D-printed wave guide brackets made out of titanium alloy.