OSIRIS-REx Samples an Asteroid to Understand the Solar System

Those far-flung, hard-to-access materials hold clues to how the solar system formed but collecting those samples and bringing them back to Earth for study requires innovative technologies. Lockheed Martin expertise has long been a leader in sample return and collection.

On Oct. 20, the spacecraft’s TAGSAM (Touch-And-Go Sample Acquisition Mechanism) will touch asteroid Bennu and “vacuum” up regolith — or asteroid dirt — from the surface, storing it in a sample return capsule (SRC) that will return to Earth in 2023.

How This Invention Will Extract Secrets from an Asteroid 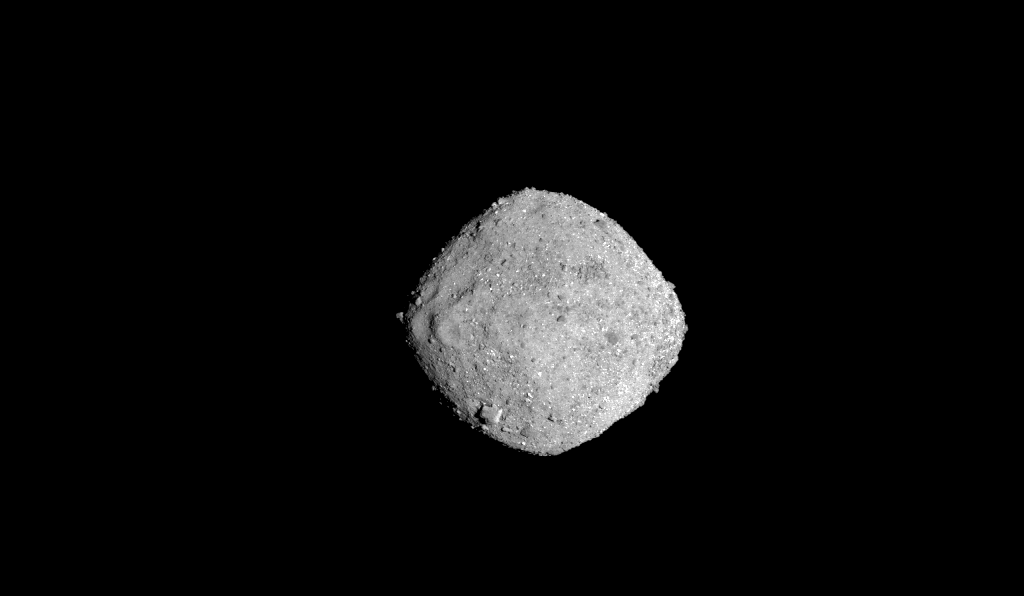 Both the TAGSAM and the SRC are Lockheed Martin-designed and built devices.

Those innovations — and others like Natural Feature Tracking and enhanced autonomy — represent how we’ve leveraged expertise from last century’s Apollo missions and the more recent Stardust mission alongside new tech to complete the OSIRIS-REx mission.

“We pioneered low-cost sample return through the development of the small SRC for Stardust,” said Beau Bierhaus, senior staff research scientist at Lockheed Martin. Bierhaus is lead scientist for TAGSAM and a science co-investigator for OSIRIS-REx.

In 2004, Stardust flew through the comet Wild 2’s coma, capturing comet dust for the first time and storing it in an SRC.

“OSIRIS-REx was the next step forward, where we could leverage our SRC design as well as development that we were doing on a novel collection device[,” Bierhaus said.

That device became TAGSAM, a first-of-its-kind collection mechanism invented by a Lockheed Martin engineer who tested prototypes on his gravel driveway near Denver. TAGSAM works like a reverse vacuum, firing a burst of compressed gas that stirs up the regolith particles and captures them inside TAGSAM’s collection volume.

The OSIRIS-REx mission has generated a number of technological firsts in addition to TAGSAM.

“We got to Bennu and were surprised to find how rocky it was,” Bierhaus said.

Enter NFT. The system was originally intended as a backup option to guide the spacecraft as it approached Bennu for the collection event, but it’s proven invaluable for operations around an asteroid where the gravity on its surface is 100,000 times smaller than the gravity on Earth’s surface. Where OSIRIS-REx’s original navigation system used LIDAR technology to sense only the spacecraft’s distance to the asteroid, NFT employs optical navigation to sense spacecraft position and velocity in three directions. Through its collected data, NFT can identify Bennu’s landmarks, such as craters or boulders, to determine if the spacecraft is on the right trajectory.

“Accurate tracking becomes much more important, especially when you are trying to get to the surface within a few meters’ radius,” Bierhaus said.

OSIRIS-REx also has onboard autonomous ability to take itself away from danger.

“The spacecraft is able to operate on its own using the commands we’ve sent to it ahead of time, and if something goes wrong, the spacecraft can respond to the situation in real time, manage the error, and back away from the asteroid safely,” Bierhaus said.

Another first for this mission is the use of a digital twin for deep space operations. Check out this video to learn more.

All these technologies could aid future missions

“These technologies can work not just in a microgravity environment, they also can be an important part of landing and sampling on larger bodies such as the Moon or even Mars,” Bierhaus said.

“SmallSats for planetary exploration is an emerging field,” Bierhaus said. “It doesn’t have the history of our other missions, but we can help push the SmallSat capabilities so that in the future we can do a lot of the things we do on traditional spacecraft in a smaller package.”

The OSIRIS-REx collection event marks the latest milestone in Lockheed Martin’s leadership in sample collection and return technologies — and the evolution of new ideas and innovations will continue, whether the mission takes spacecraft and astronauts to the Moon, Mars or beyond.

Want more info about incredible space technology delivered straight to your inbox? Sign up for our monthly newsletter.
Sign Up