Sikorsky BLACK HAWK Helicopter
The BLACK HAWK multirole helicopter serves with the U.S. military and the armed forces of 28 other countries worldwide as a tough, reliable utility helicopter.
During the last 40 years, this remarkable aircraft has fought its way in and out of countless combat zones to deliver and extract troops, save lives as a MEDEVAC or casualty evacuation platform, provide critical supplies to troops, deliver emergency supplies during natural disasters, and perform as an aerial firefighter and border patroller.
Now the modern variant of this utility aircraft is taking on a new mission set — as an Armed Helicopter to provide fire suppression when supporting ground troops, as well as armed escort. With digital avionics, powerful GE engines, high strength airframe structures and composite wide chord rotor blades, today’s BLACK HAWK platform has better survivability and situational awareness, and can fly higher and carry more than its predecessors ever did.
More than 4,000 BLACK HAWK aircraft of all types are in service worldwide today. The U.S. Army is the largest operator with 2,135 H-60 designated aircraft. The same aircraft sold internationally direct from Sikorsky acquires the S-70 designation.

At 9,979 kg / 22,000 lbs. max. gross weight, the utility version of the BLACK HAWK helicopter transports 12 fully equipped, seated troops into the heat of battle. Within the following mission sets, Sikorsky can further customize to specific requirements.

Carry 4,080 kg/9,000 lbs. of supplies as an internal or external load. Sling load firefighting Bambi bucket or light vehicles from the cargo hook, then release to the ground from a hover.

Quickly replace troop seats with litters/stretchers to bring the wounded home. Sikorsky’s dedicated HH-60M MEDEVAC variant for the U.S. Army does this best. 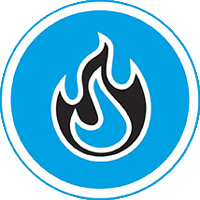 Extinguish ground fires with a Bambi bucket from the cargo hook, or with a belly-mounted water tank.

Bolt on a rescue hoist to perform humanitarian assistance and disaster relief missions. An electro-optical sensor and weather radar will greatly assist the (combat) search and rescue mission.

Fast rope troops to the ground while hovering with a Fries bar. Add 200-gallon external or internal fuel tanks for extra range and endurance. Consider crew-served guns as well. 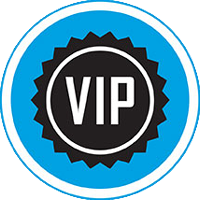 Equip the 11.2 m3 / 396 ft3cabin with executive seating and communications for comfortable, safe, secure, VIP or Head of State transport.

Proven Design. Long Range, Survivable, and Lethal. A New H-60 for the Most Demanding Missions

Building on the state-of-the-art UH-60M Black Hawk, the HH-60W “Whiskey” adds capability advancements to better support the full range of combat rescue and other special missions.

Over 35 Years of Technical Advancement

S-70 BLACK HAWK aircraft are available direct from Sikorsky in the United States or from its European factory in Poland. Airframe and systems are virtually identical to the UH-60M model. Customers can order aircraft with mission sets and features customized to specific preferences. Swap out most mission sets in less than 60 minutes – or transform into an armed helicopter in less than a day.

Stay Informed: The Latest News on the BLACK HAWK

The Sikorsky Training Academy (STA) is pleased to offer a full range of comprehensive solutions for your training requirements. From standard courses to individualized customer training programs, our team will work closely with you to ensure full mission readiness It's training you can trust.