Scientists believe these asteroids are some of the oldest remnants from the formation of our solar system 4.5 billion years ago. Lucy will help scientists discover more about our origins than ever before, as the Discovery-class mission endeavors to take the first ever close-up images of these asteroids.

Lucy successfully launched Oct. 16, 2021, and will visit eight asteroids over 12 years — one asteroid in the main belt between Mars and Jupiter, and seven Trojan asteroids leading and trailing Jupiter in its orbit.

More about the Lucy mission

Why the name "Lucy"?

The spacecraft’s name is a nod to the 3.2-million-year-old hominin skeleton dubbed “Lucy” by its discoverers. Much like the fossil Lucy advanced our knowledge of human evolution, the Lucy spacecraft will endeavor to uncover new knowledge about the origins of our solar system and planets.

It will do this by studying the geology, surface composition and physical properties of the primitive Trojan asteroids, otherwise known as the “fossils” of the solar system.

Technology aboard the Lucy spacecraft

Lucy will carry some extremely advanced scientific instruments. After all, when you’re visiting something that’s never been seen before, you come prepared.

The spacecraft will carry updated versions of three heritage instruments:

Lucy builds on years of technology from numerous Lockheed Martin planetary missions like Mars Odyssey, OSIRIS-REx and InSight, among others.

How Lucy Found its Way

The Trojan asteroids are leading and trailing Jupiter in its orbit in gravity wells, making them harder to get to. That’s why Lucy’s orbital trajectory is so complex and includes three Earth gravity slingshots that provide the spacecraft with the “push” it needs to travel so far and on such a precise path.
Learn about how Lucy's trajectory was found
See How We Tested Lucy
Did you know? Lucy’s orbital trajectory is one of the most complex of any Discovery mission: 12 years, eight asteroids and two Earth-gravity slingshots. Our own employee, Brian Sutter, spent hours of work figuring out how to do this. Image credit: Southwest Research Institute

Why study the Trojan asteroids?

Scientists believe the Trojan asteroids leading and trailing Jupiter are very early remnants from the creation of our solar system that were scattered and later captured in Jupiter’s orbit.

Without excess space debris floating around far out in our solar system, scientists also believe the Trojan asteroids remain relatively unblemished for more than four billion years — making them a perfect time capsule.

These asteroids — which draw their name from a similarly epic story in Greek mythology — may contain carbon, water and other volatile compounds necessary for life and could possibly give us a glimpse into the physical environment that existed when the planets formed, as well as the conditions that fostered their formation.

Until now, scientists have only been able to study these small, primitive bodies with ground-based and Earth-orbiting telescopes. That changes with Lucy.

Lucy will lift off from Cape Canaveral Space Force Station within its 23-day launch window which opens Oct. 16, 2021. From there, it will visit its first asteroid in the main belt in 2025 and then begin its study of seven Trojan asteroids in 2027.

The Women of Lucy

Lockheed Martin is highlighting the women behind the design, engineering and manufacturing of Lucy, NASA’s spacecraft headed to the Trojan asteroids sharing Jupiter’s orbit.

Lucy in the News 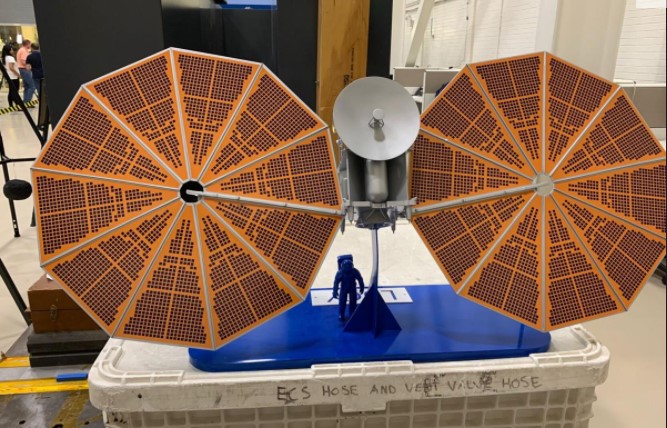 What’s Next After Mars? The 8 Spectacular Space Missions In 2021 You’ve Not Heard Of Yet